Legendary, GRAMMY-award winning band Fleetwood Mac announced today a North American tour, set to kick off in October and travel through 50+ cities ending in Spring of 2019. Produced by Live Nation, the tour will feature the newly announced line-up of Mick Fleetwood, John McVie, Stevie Nicks, and Christine McVie along with newcomers Mike Campbell and Neil Finn. 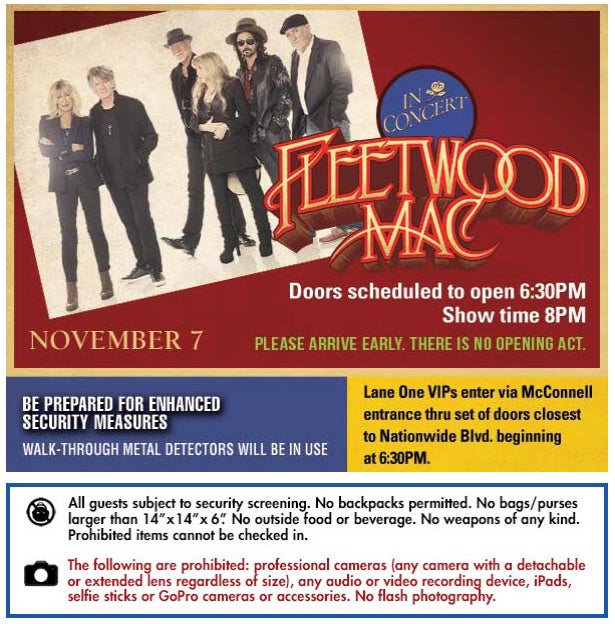 By purchasing tickets / attending this event, you agree to abide by the health and safety measures in effect at the time of the event, which may include, but not be limited to providing proof of vaccination status and/or providing proof of negative COVID-19 test.