End of the Road Tour

After an epic and storied 45 year career that launched an era of rock n roll legends, KISS announced that they will launch their final tour ever in 2019, appropriately named END OF THE ROAD. The band announced the first set of dates and cities in North America including a Saturday, March 16, 2019 stop at Nationwide Arena. 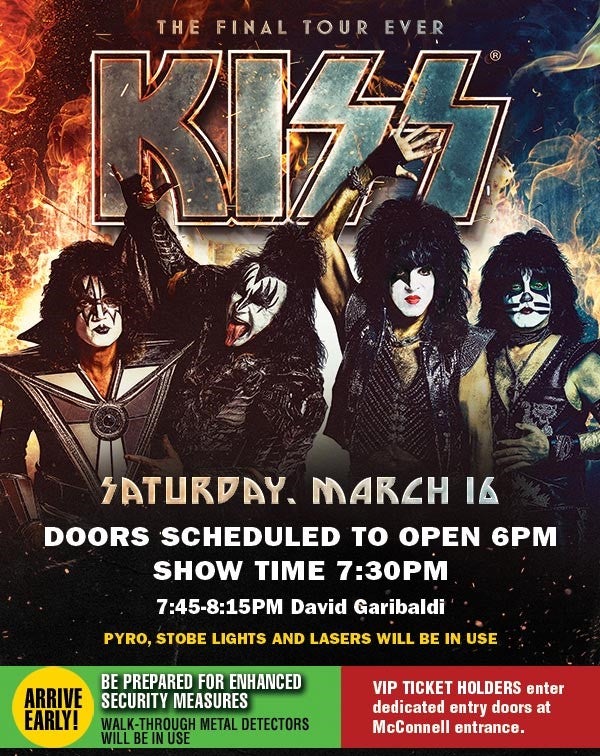 By purchasing tickets / attending this event, you agree to abide by the health and safety measures in effect at the time of the event.